THE PASSION IS BUILT IN

What's on the Bench?

Paul’s passion for building mandolins was born out of a chance encounter with the music that was to become such an important part of his life. The chances of walking into a venue and witnessing a bluegrass band perform in Western Australia; pretty much the opposite side of the planet to Kentucky, are reasonably remote however this is just what happened and it turned out to be a cathartic experience. Following that single encounter with bluegrass, Paul knew he had to learn to play it and his focus was immediately drawn to the mandolin and fiddle. After hunting out a cheap fiddle and trying to find a teacher his attention then turned to the mandolin. The necessity to find a better sounding mandolin than the cheap one he had bought became the vehicle that delivered Paul to the world of Luthierie. 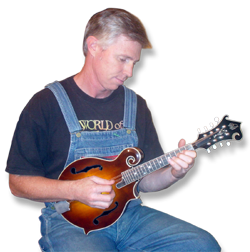 After building his first mandolin in 1982, Paul became fascinated with the array and diversity of skills, many from a bygone era, required to successfully build a mandolin. In the almost four decades since, he has been focused on refining, developing and applying these skills to his one true passion; the mandolin family of instruments produced by Gibson in the 1920s. Paul’s love of bluegrass music drew him automatically to the F5 mandolin of Bill Monroe both musically and from a luthier’s perspective. The first mandolin he ever built was an F5 model like Monroe’s, a difficult undertaking as any builder will tell you. His attention has since broadened to other instruments from this ‘Golden Era’, also known as the ‘Loar Period’. Paul now includes mandolas, mandocellos and archtop guitars in his inventory of models offered to customers.

The inspiration derived from the truly successful, spectacular instruments of this ‘Loar Period’ is what drives Paul to spend each day ‘at the bench’. He is a hands-on kind of builder. He doesn’t use a CNC carving machine but does have a hand operated pantograph router. This allows him to save himself for the important hand carving of the top and back plate. Paul would rather master the art of the various skill sets rather than out source them. Consequently, his instruments are adorned with hand cut pearl and abalone inlays, coloured sunbursts are applied by hand and of course, they are french polished.

Paul believes the development of the eye and ear are crucial to honing his skills. It takes years to gain an understanding of how you feel the instrument should look and sound.

‘Perhaps another thirty years at the bench and I’ll be well on the way to getting my head around it’.